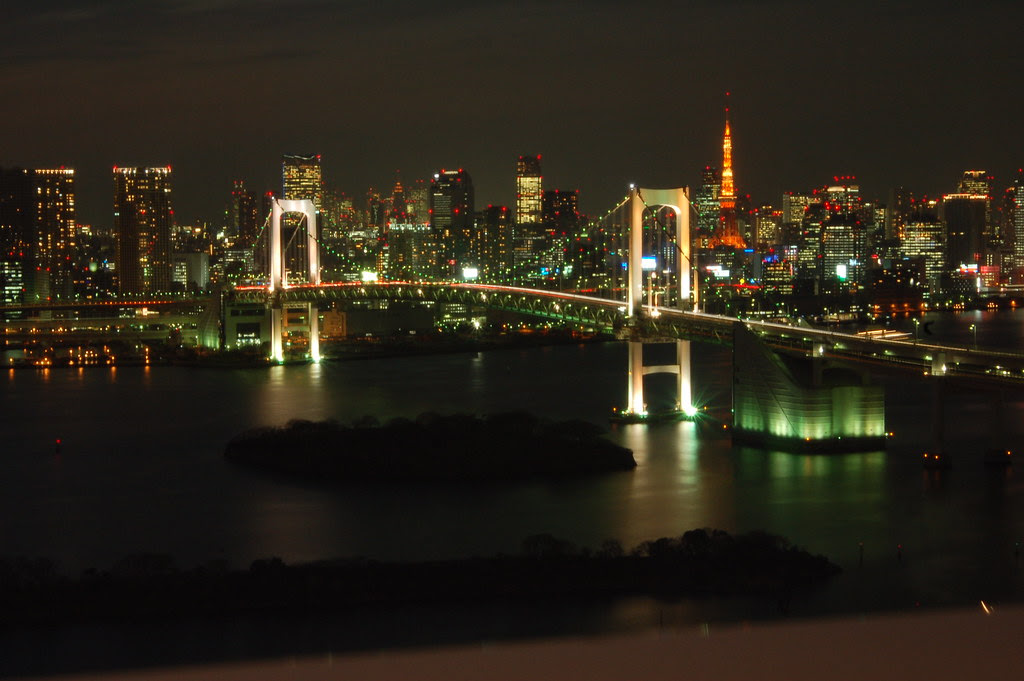 When I was living in Japan I always wanted to walk across the Rainbow Bridge (http://en.wikipedia.org/wiki/Rainbow_Bridge_%28Tokyo%29) to Odaiba Island (http://en.wikipedia.org/wiki/Odaiba). The bridge crosses a part of Tokyo bay and like the Golden Gate Bridge in my hometown you can walk across it. I finally got around to walking across the bridge when the weather became unseasonably warm for February, it was a great walk and the view was fantastic as you can see in the photos below, the full set can be found here:

The bridge as seen from the Tokyo side at the start of the walk, there is an elevator that takes you to the bridge deck: 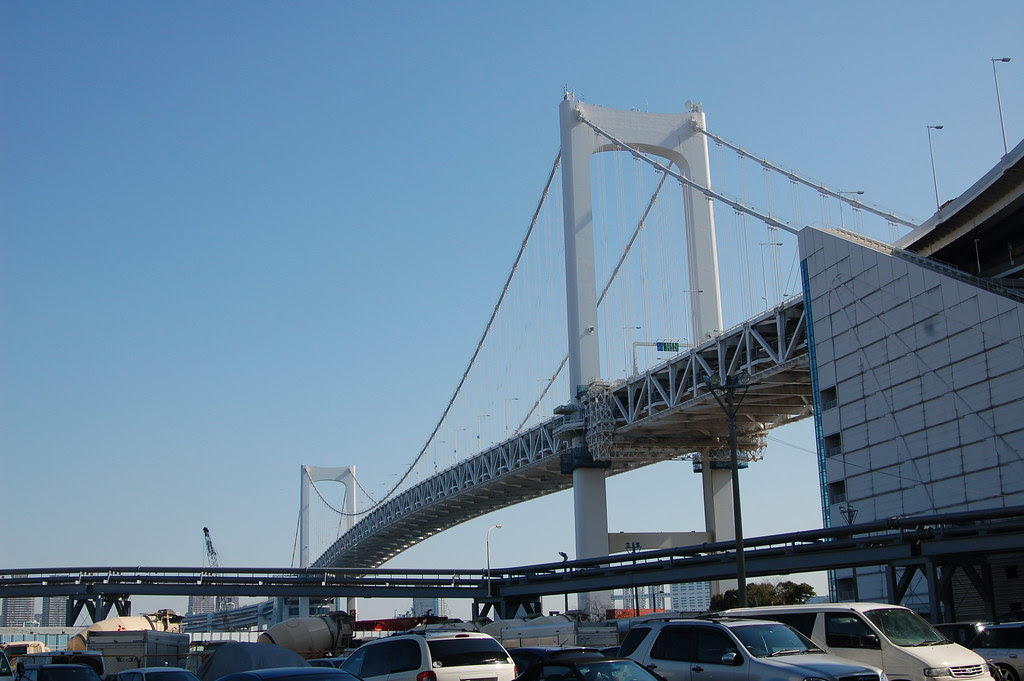 Tokyo Tower and the city skyline as seen from the bridge: 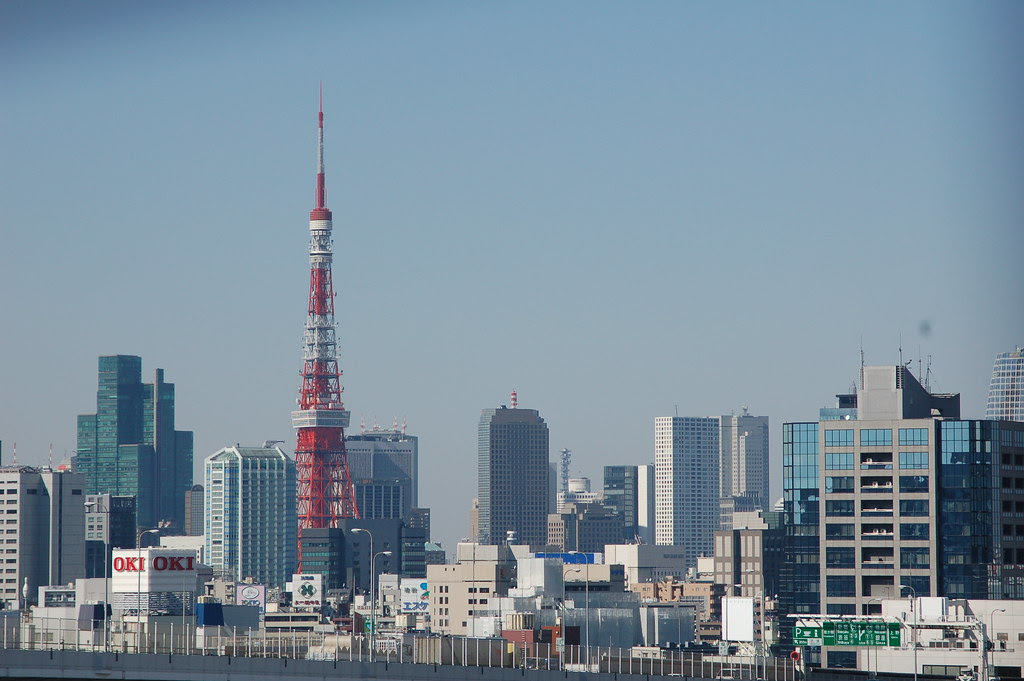 The Bridge from the far side: 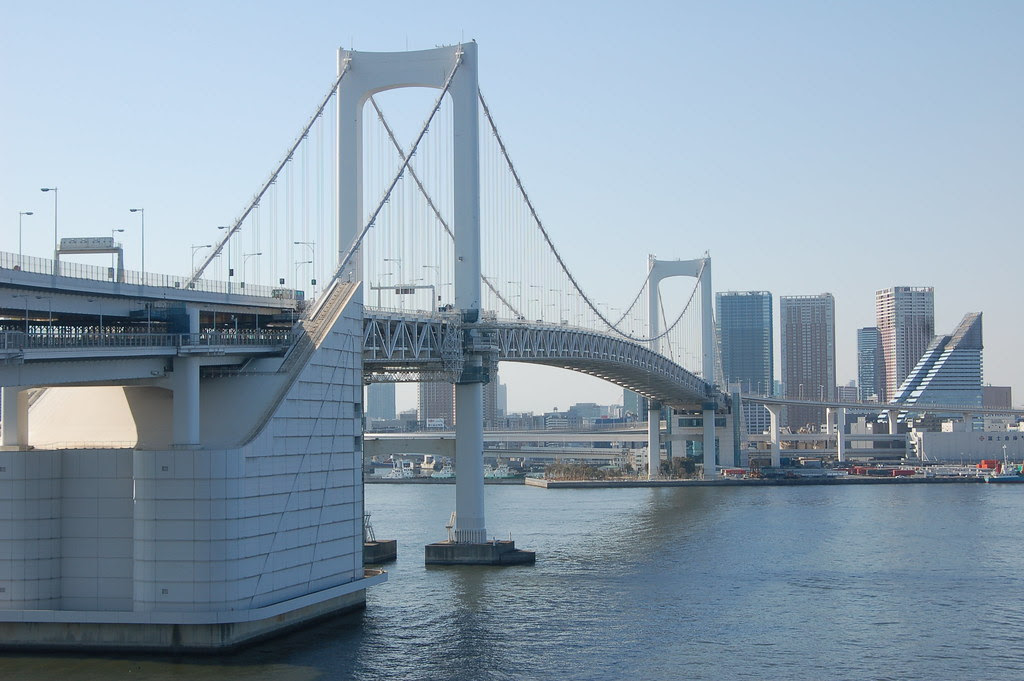 The city of Tokyo brought in lots and lots of sand to make a really nice man made beach on Odaiba Island, it's great looking, unfortunately for sa 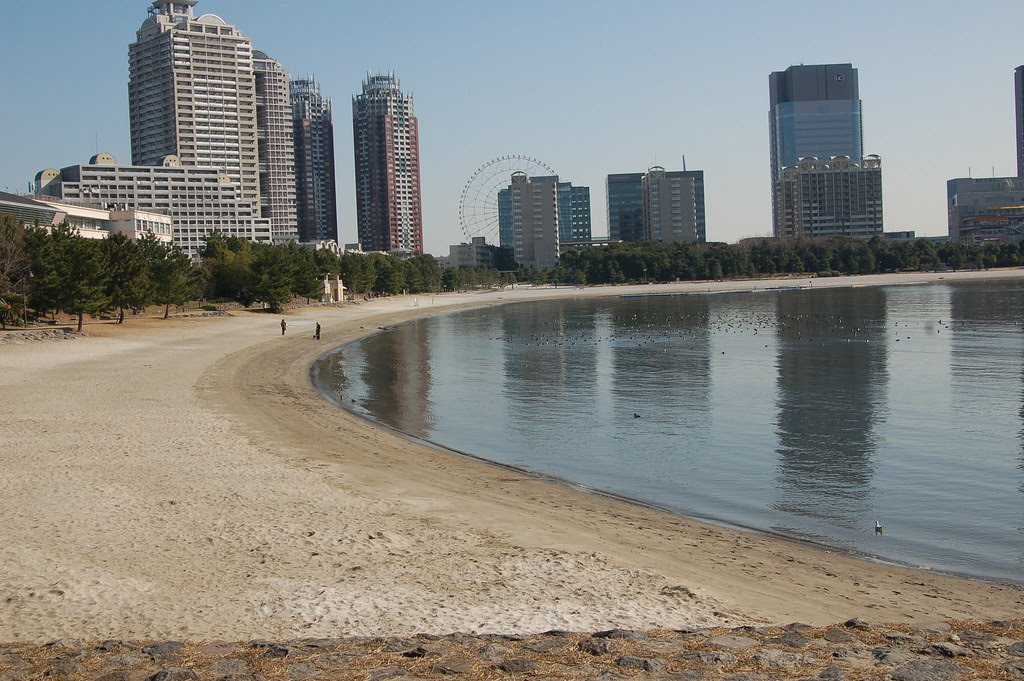 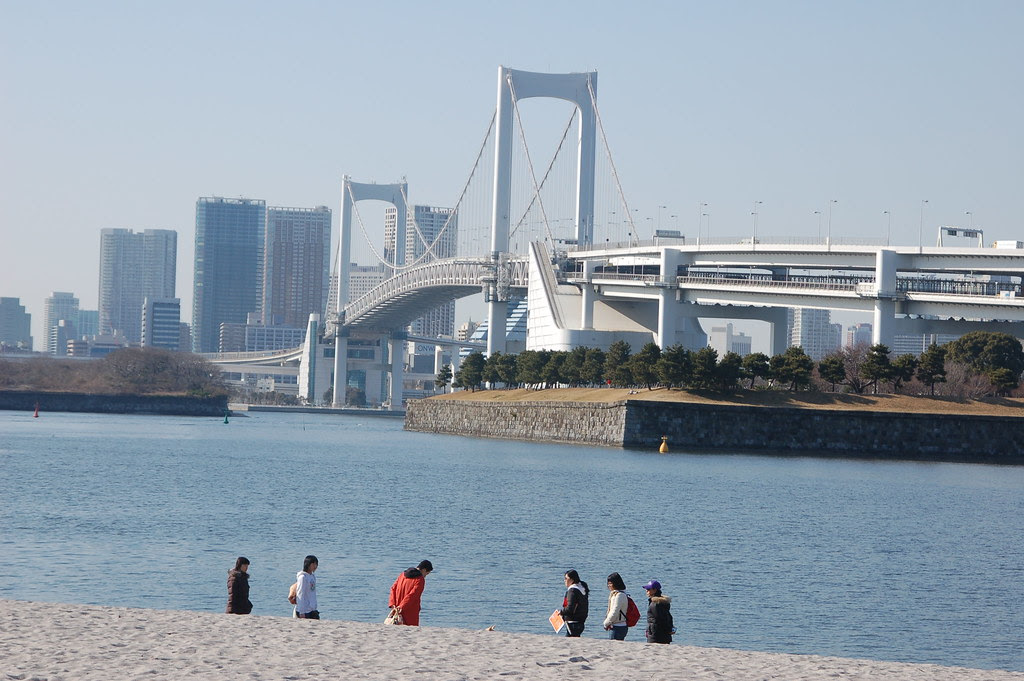 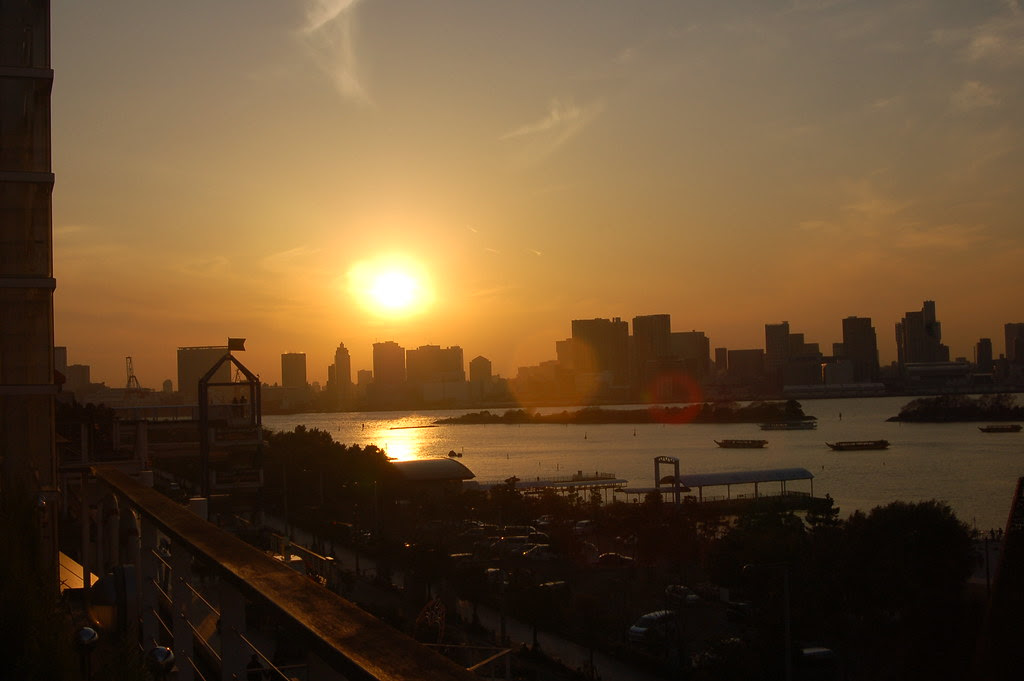 Strangely there is a replica of the Statue of Liberty on Odaiba Island, one of the more random things in Toky: 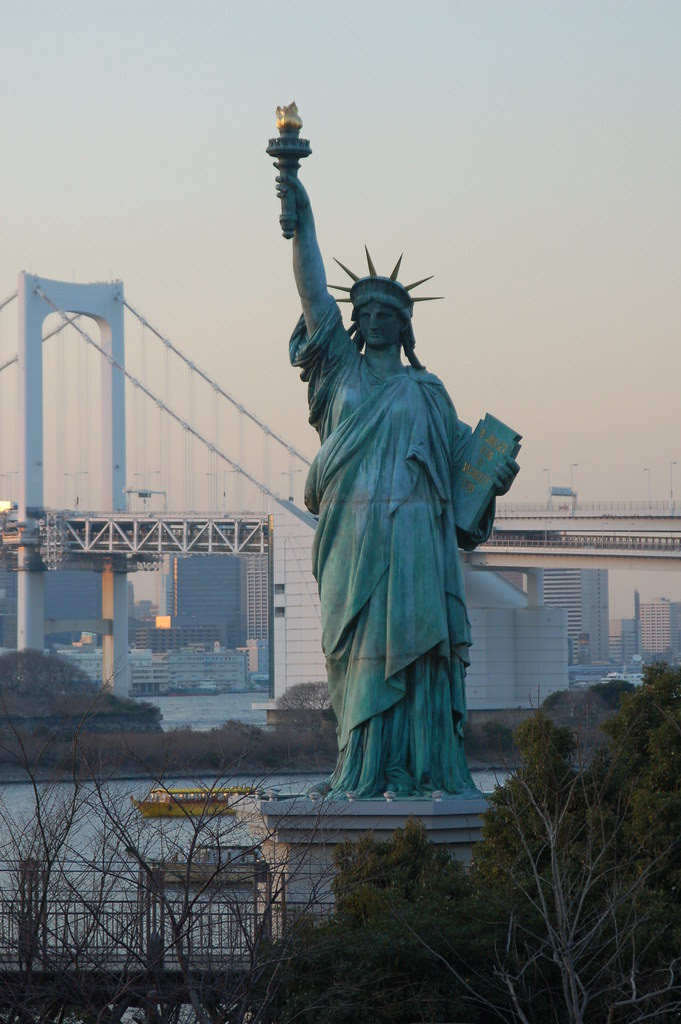 I went up to the top of the FujiTV building into the sphere (see photo below) where you can see them film live TV, I ended up in the audience for an afternoon TV show that was being broadcast live throughout Japan, it was entertaining to watch even if my rudimentary Japanese prevented me from fully understanding what I was watching: 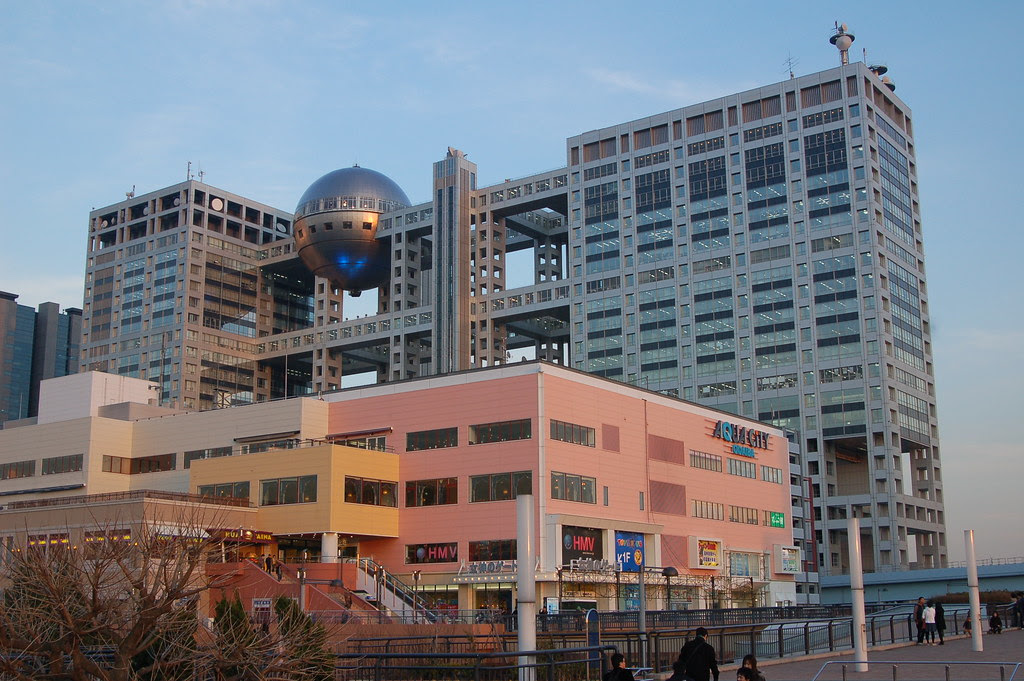 The view of the Tokyo skyline from the top of the FujiTV building after sundown was fantastic: 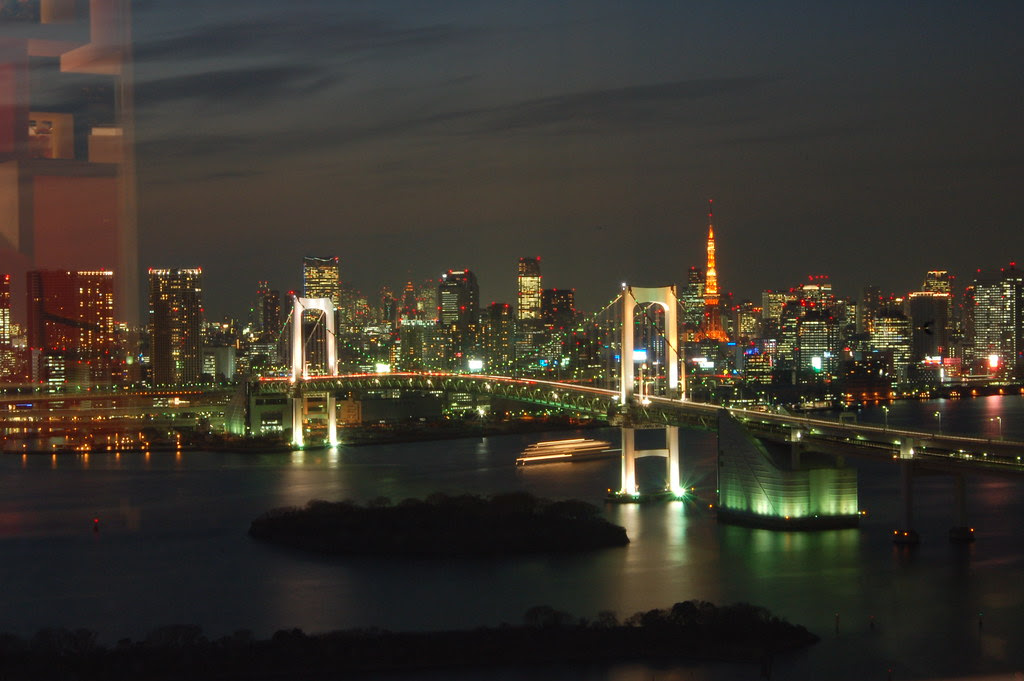 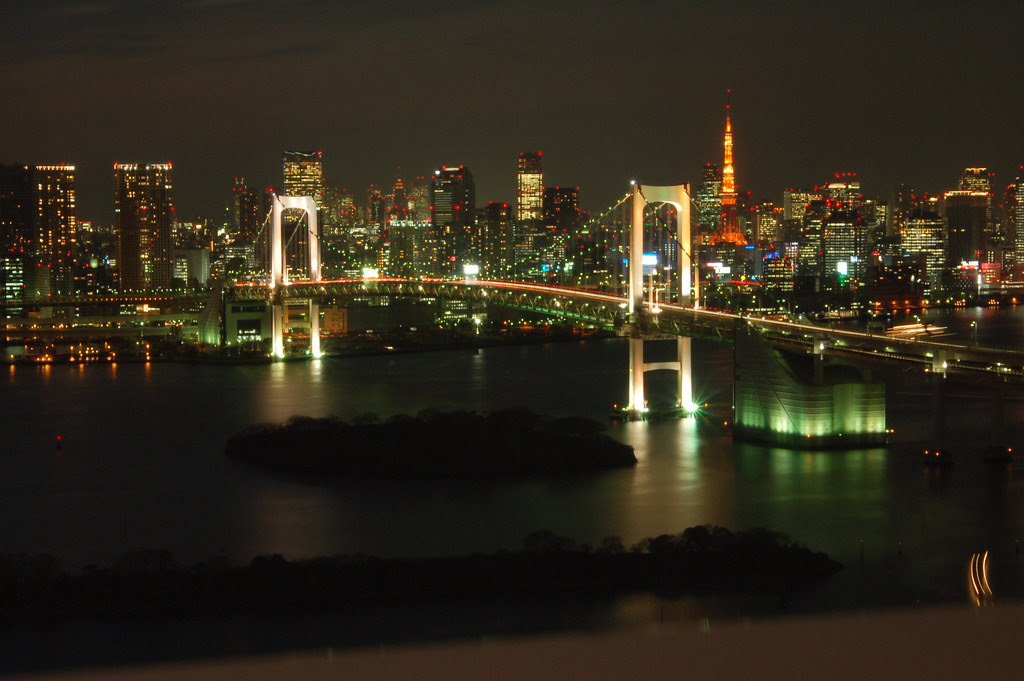 Love your pictures! I am looking for a place where I can see these views of the rainbow bridge and the Tokyo Tower. I was visiting the Fuji TV website and I am wondering, is there an open view space to see the views? Can you take good pics from within the sphere?